If you’re like me, there’s a good chance you have a few stray git branches lying around some of your repos. Between code reviews, spikes, and changing priorities, it can be easy to let your branch count get out of control.

It has a really easy-to-understand map of your local branches, with dots representing each commit. Clicking the dots gives you the details for that commit. 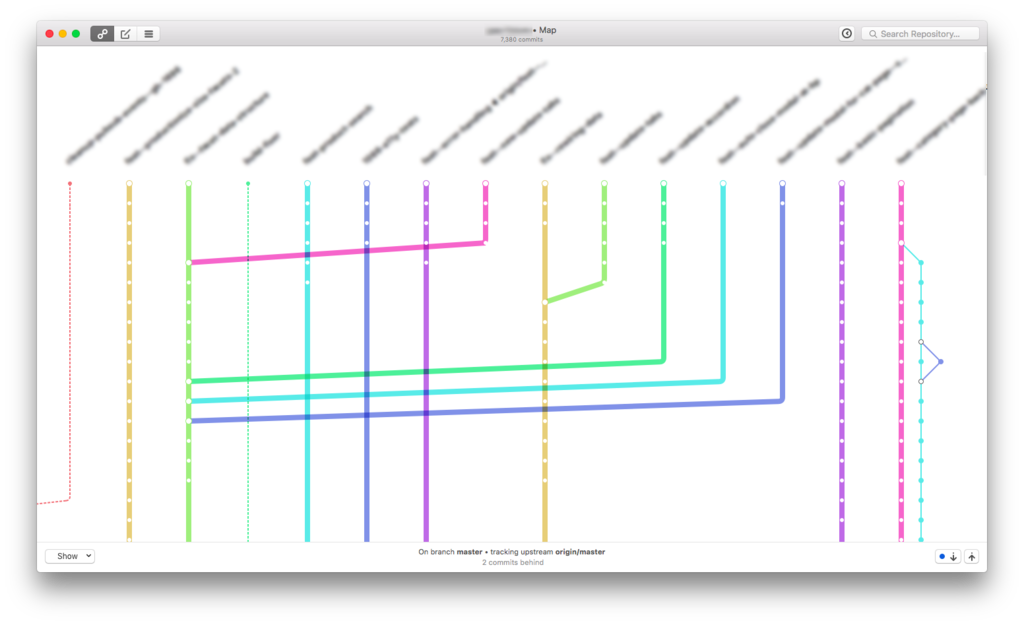 We were able to get a clear picture as to exactly which commits were in each branch, what the starting point of each branch was, and which branches were abandoned and could be deleted with confidence. This made it easy to bring everybody’s work back together into the feature branch, get rid of things we didn’t need anymore, and merge the right code into master.

This turned what I thought was going to be a horrible, painful, ugly task into something that was actually kind of fun, and it didn’t take very long at all to complete. This has become just another tool in my git utility belt.