We asked the team who inspired them to get into their current field of work. The answers are full of nostalgia, teachers, and lots of beige Macintoshes. For the full effect, read while listening to this. Or not.

When I was in high school, I took a geometry class taught by Mr. Coleman. We were required to buy TI-81 calculators, and Mr. Coleman spent a bit of time showing us how to write programs to calculate the area of given geometric shapes. This process opened my eyes to the world of programming. I began writing my own programs using label and GO TO statements to create my own loops (I didn’t know that loops existed). I wrote blackjack, battleship, poker, my own little game called “Physics Space.” I even wrote a program that simulated erasing my calculator’s memory which I had my teachers use in place of erasing the actual memory before tests. Some students would cheat by putting answers into the program memory. Not me. I just didn’t want to have to re-write battleship. This experience, and my own curiosity, did more to prepare me for college than any of the “college prep” classes I took.

There have been many other people along the way who have helped me become who I am today. Obviously, my parents had a great impact on me, giving me a passion for doing things right; however, I truly believe that Mr. Coleman’s introduction to programming was what started me down the path of computer science. The rest, as they say, is history.

It’s hard for me to pinpoint a single person that mentored or inspired me to go into design. I think it’s more like a handful. I was certainly influenced by the path my uncle, Paul Renner, took in the advertising field. As a teenager I remember seeing the TV ads he did for Pizza Hut and Volkswagon and thinking how cool it was that he got paid to come up with those concepts.

I don’t think I even knew what graphic design was until my senior year of high school. It was after my first couple years of college when I figured out that I was much better at crafting the visual execution of a concept than coming up with the concept itself. It was then that I realized my love for typography, the history behind it, and the rules and techniques associated with it. For this fascination, I credit (or fault?) John Clarke, a wonderful professor I had at the University of Dayton. His evident passion for typography must have rubbed off on me.

I’m sure there are others that played a part in my path to becoming a designer. To all those that I didn’t mention, thanks!

I’m a second generation software engineer. My dad had a way of parenting that required us to think logically and independently. It always seemed that the behavior he was encouraging me to exhibit was secondary to why I should do so.

I don’t remember a time when we didn’t have a computer in the house. Around the age of twelve, my dad taught me to program. I started writing simple programs in BASIC. We would talk about a programming problem in the morning, I would code during the day, and we would review my solution after dinner. He would make suggestions, answer questions, and ask, “Why did you do it this way?” A few years later, I decided to teach myself HTML. I started creating AOL home pages for anyone who would let me. I have very little design sense, so they were all really bad.

I have known since those early years that I wanted to be a software engineer. It was my dad who shaped my love for problem solving. During college, he was always around to help me think through problems. I even had the opportunity to work with him at a large company for a few years before I decided it was time to chase my dreams. To this day, my dad and I still have conversations about software. If I am working on a tough problem late at night, I still call him to get his thoughts. He does the same with me, though he rarely works late into the night anymore.

I often think about why he parented the way he did, especially now as I interact with my own kids. More than anything else, he taught me how to think. I have had a ton of mentors in the industry, but I don’t know if I would be here if it was not for my dad. 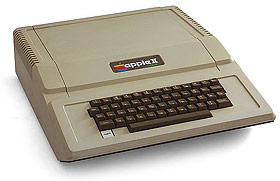 I’ve been using computers for about as long as I can remember. Literally, one of my first childhood memories is that of my parents buying our first Apple II Plus, complete with tape deck. It’s hard to pin down one person who really inspired me in this field. There’s my dad, lots of computer teachers, and many other people that I’ve met along the way. There is one moment, however, that stands out as I think back over my life. The day I spent at Apple.

We had a family friend who was a developer at Apple. On a family vacation to California, he invited me to spend the day at work with him. He showed me around, showed me how he could print to printers all over the world from his desk, and took me to lunch with other developers. He even taught me a few things as we spent time going over some of my own code. It was better than Christmas. At the end of the day, he sent me home with a stack of reference books and software.

Wherever you are now, Gordon Sheridan, you inspired me that day. Thank you.

What got me started in web design and development, actually, was Flash. Way back when, I would frequent the Pray Station website of Joshua Davis and spend hours reading, experimenting, and understanding.

I uttered the exclamation “Whoa…” a lot, too.

There was something interesting about how the mechanics of code could create organic art. Order begat randomness. And it was neat.

I wasn’t artistic in school outside of the occasional stick figure comic. Science was my thing, and in fact, I entered college as a wide-eyed computer science major. After coming to dislike that rather quickly, I investigated the University of Dayton Visual Arts Department and decided that I should push myself in that direction. They had a class devoted entirely to Flash. Perfect. Code and art meshed together yet again. And this time, it stuck.

It’s been a couple of years since I stopped focusing on Flash and devoted myself to the wonderful world of web design and development, and I haven’t looked back.

Somewhat indirectly, my brother, Todd, inspired me to pursue the design profession. After Todd graduated with a Bachelor’s Degree in Fine Art from Wright State University, he came home to build a design portfolio and look for a job. He purchased several design magazines for inspiration–all of which I had never seen before. One look at Communicational Arts Magazine and I knew exactly what I wanted to do the rest of my life. 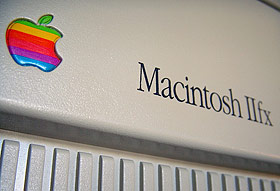 My mom, of course, deserves much of the credit–as all moms do. I grew up in a small church where there wasn’t much in the way of childcare; so at a fairly young age, I was expected to sit quietly with the grownups. The only things that seemed to silence me were copious amounts of paper and markers. I fell more in love with drawing week after week; she loved having a quiet kid. Win, win.

Once I was in high school, I began to wonder how I was going to turn “this art thing” into a career. My uncle told me about this emerging career path called “commercial art.” At the time, graphic design was still in the middle of its slow evolution from an analog to primarily digital discipline. A cousin of mine, a very early adopter of personal computers, gave me his old Macintosh IIfx loaded with Canvas 3.0 and a version of Photoshop so early it had no layers. No layers. As grunge was overthrowing the musical landscape, I was caught up in the digital revolution of visual communication.